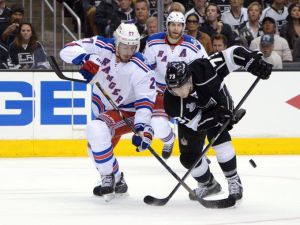 …And suddenly it was June.

The NHL and NBA Playoffs have reached their respective pinnacles; two tales of greatness that run parallel to one another. One series showcases a blue-collar underdog (literally) against a physical juggernaut. The other boasts two of the best franchises in modern sports clashing at the finish line for the second consecutive year.

In the Stanley Cup Finals, the Rangers came out of the gate like California Chrome in game 1. Two early goals by New York sent a message to L.A. that the Rangers had come to play; and the Kings received that message.

In typical Kings fashion, L.A. used physicality and brute strength to tire out the Rangers while scoring three unanswered goals en route to an overtime victory. There’s nothing quite like playoff hockey.

But oh, the drama in game 1 of the NBA finals. Forget the fact that the series is a rematch; the Heat actually couldn’t take the heat. With the air conditioning failing in the AT&T Center, temps were upward of 90 degrees inside the arena. Every person in that stadium was sweating bullets; the fans were fanning themselves with the team programs; Bill Simmons looked like a tomato during the half time show; it made for a great storyline… 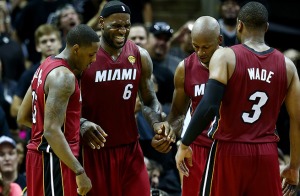 …But then LeBron cramps up in the 4th quarter. In what was a tight game through and through, the best player in the world cramps up so badly he can barely walk. Heck, his teammates had to carry him to the bench. It was just one of those moments. I’m gonna have that image of LeBron limping off the court engraved in my head forever. It made for quite the dramatic scene. And if Miami ends up winning the series? Boy that’ll look good in a 30 for 30.

It’s anyone’s guess as to what happens next…

The Toronto Raptors recently announced that they’ll be bringing back the infamous purple throwback uniforms as part of their 20th anniversary next year. I’ve got one of those bad boys up on my wall; it’s one of my favorite uniforms of all time. This got me thinking about some of my favorite NBA throwback jerseys. Here’s my top 5. 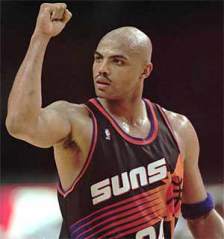 That black jersey with the streaking sun is downright stealthy. 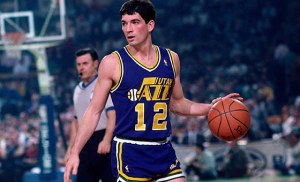 One of the classiest uniforms of all time. 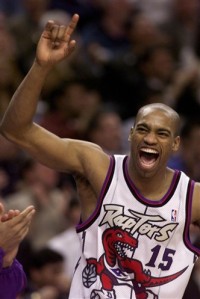 The purple definitely “pops,” but the white is pretty fresh. 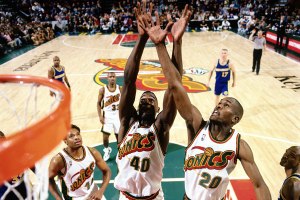 A team with jerseys this good deserves to be back in action. 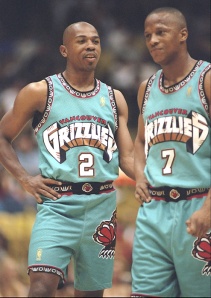 That teal with the Native American trim is straight up dank. Can’t beat it. 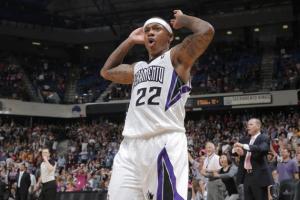 So I’m flipping through the channels on NBA League Pass and stopped to watch the Kings game for a bit because I don’t get to see much west coast basketball out here on the east coast.

The article also stated that Coffee is believed to be the first female PA announcer in NBA history. Pretty cool.

Check out the article here. 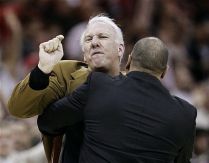 It was only funny the first 2 times and sorta funny the 3rd time. Jeff Van Gundy’s recent interview was a good yuck but just end it there. We all know the guy’s a dick. But really, who wants to see an interview where only one person talks?

What do you think?